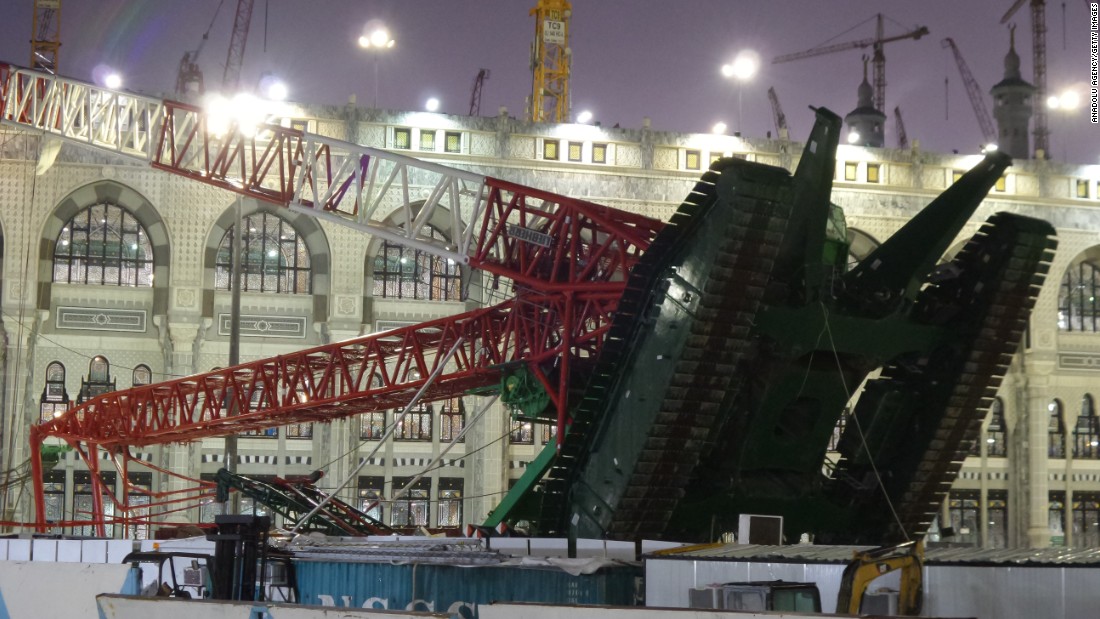 The date September 11 now has three tragedies attached to it – The World Trade Center, Benghazi and the Hajj crane collapse. It is time for both East and West to mourn these tragedies

MECCA, Sept. 22, 2015 – The date Sept. 11 now has a string of three tragedies attached to it. First was the terrorist attacks on the World Trade Center in New York City, then the attack on the U.S. consulate in Benghazi.

Now, 14 years later, a crane collapse at a mosque in Mecca has collapsed, killing 100 pilgrims.

Sept. 11 is now a time for East and West to come together to remember those who lost their lives in tragedies on that day.

Comparing the reactions to the tragedies reveals the cultural and political differences between the West and the Middle East.

Reaction to 9/11 disaster in Middle East:

And the world is safe again. End of story.

The Saudi government, like every government in the world, should be held responsible for keeping its people safe. It hold responsibility for the crane collapse and for not taking additional security steps during Hajj, when the site was exceptionally crowded.

Was it necessary to continue construction during Hajj season? Or would the wiser decision be to postpone it until after 3 million pilgrims left the country?

The Saudi kingdom is obligated to serve pilgrims, especially when Hajj generates revenue of about $9 billion to this country.

Yet because of its focus on revenue over the needs of pilgrims, it sacrificed the lives of 100 people.

Binladen Construction may officially take the blame for the crane collapse, but the real responsibility lies with the government of Saudi Arabia.

A Syrian refugee writes to a Saudi King