Why should we all follow the murder of Jamal Khashoggi carefully? Because we need to uphold our American values. Although this case is similar to so many others when an anti-government is disappeared or killed by the authorities, the case of Khashoggi is significant and should matter to all of us.

Recently, the Saudi kingdom has been under international pressure to explain its involvement in the killing of Jamal Khashoggi. Khashoggi was a Washington Post columnist and a critic of the Crown Prince Mohammed bin Salman (MBS). His alleged murder happened at Riyadh’s consulate in Istanbul on Oct. 2nd. Saudi Arabia has said the prince has no prior knowledge of the murder. Nonetheless, the world is refusing to accept that answer given the country’s long history of suppressing its oppositions.

Khashoggi’s murder stirred up some serious national and international matters:

Businesses have more power, and higher standards, than most politicians

The killing of Khashoggi affected the high profile investment conference in Riyadh. The Saudi conference, known as “Davos in the desert,” is part of Crown Prince Mohammed bin Salman’s (MBS) plan to transform the oil-dependent economy. The conference was part of the Vision 2030 project, the master project of Crown Prince MBS, that is strongly dependent on overseas investment.

JP Morgan CEO Jamie Dimon and the head of America’s top investment firms, Blackrock and Blackstone, is among the leading figures who have decided to stay away from the conference after the Khashoggi ‘s murder. Top executives at Ford and MasterCard have also pulled out. of the conference.

Google has also announced that the head of its cloud computing business wouldn’t participate in the event.

Three of Europe’s top bankers,  the CEOs of HSBC, Credit Suisse, and Standard Chartered in addition to the heads of the International Monetary Fund and the London Stock Exchange are also not attending.

Such boycott by world’s most influential economists and businesses is a never seen before phenomenon in Saudi Arabia.

Although Saudi’s money is fueling many companies around the world, public human rights violations by this country might change this country’s involvement in the world of business.  For example, the kingdom’s wealth provided nearly half the money for the massive $93 billion SoftBank Vision Fund (SBVF).   The fund has invested in companies like WeWork, Slack and DoorDash.

SoftBank CEO Masayoshi Son has repeatedly talked about a second Vision Fund, but those plans could now be in doubt. Silicon Valley firms may shun Vision Fund money now because they don’t want “to become associated with what they might consider as blood money,”

“Such decisions sent a strong message to the Kingdom and the rest of the world that businessmen and investors have more power than any politician when it comes to help build or destroy the future of any country. This, also, suggests that the world’s biggest companies have high standards when it comes to human rights and refuses to associate themselves with violators.”

These companies have created a historical moment that all human rights activists have been dreaming of – the joint effort of activists and businessmen in defending human dignity.

After businessman stood up against Saudi, politicians were forced to end their  “look away” strategy in their relationship with the Kingdom, and issues statements critiquing Saudi Arabia.

“In a blistering attack, Senator Lindsey Graham said he had “high confidence” MBS was complicit in the killing of Jamal Khashoggi. Also the South Carolina Republican described the Saudi royal as “a wrecking ball”, “crazy” and “dangerous”.

Senator Bob Menendez D-NJ) says the US must “send a clear and unequivocal message that such actions are not acceptable in the world’s stage”. Senator Bob Corker (R-TN) tells reporters “I have zero question on my mind that the crown prince MBS ordered the killing.”

Senators are trying to pressure the White House into condemning MBS. it is also reported that the Senate might be planning to vote on a proposal to end US military support to the Saudi-led coalition fighting in Yemen.

However, an informed reader must keep in mind that Saudi Arabia plays a fundamental role in maintaining security in the Middle East, this country is given the green light to maintain its human rights violation without the fear of facing serious political consequences. U.S. Secretary of Defense James Mattis told U.S. senators,  in a closed briefing, that

“I must note we are seldom free to work with unblemished partners … Our security interests cannot be dismissed, even as we seek accountability for what President Trump described as the ‘unacceptable and horrible crime’ of Jamal Khashoggi’s murder.”

Political interest of the international committee has contributed to more violations against minorities in Saudi Arabia. Shia, the largest minority group within this kingdom, has been oppressed throughout the history of this kingdom without any international intervention. Based on most recent reports 34 Saudi Shia are on death row, including four minors. Twelve of these Saudi prisoners are at risk of “imminent” execution.

Recently a Saudi dissident based in Montreal, Canada, filed a lawsuit against the NSO Group, an Israeli cyber security firm. The suit alleges the Saudi government used software from the company to spy on conversations with the journalist Jamal Khashoggi .

NSO is the best known creators of spyware that invades smartphones.

Why should we care about NSO’s involvement in this case? Because this firm, and other like it, can easily access our devises and violate our rights! Specialty now that this Israeli founded entrepreneurs is owned by U.S. private equity firm Francisco Partners. NSO was sold in 2014 for $130 million to this firm.

Why should Americans care about the killing of Jamal Khashoggi?

Omar Abdulaziz, who is suing NSO, claims that his conversation with Khashoggi cost Khashoggi his life, and the only way their conversations were accessed is through spying on their exchanges. Abdulaziz and Khashoggi were planning to create a less risky platform for activists to share violations of Saudi Arabia through social media.

They were to send hard-to-track SIM cards to citizens in Saudi Arabia. The goal being the setting up of activist social media accounts. Abdulaziz said Khashoggi had promised to invest $30,000 in the project.

Any Government’s ability to spy on citizen is not unheard of, however accessing their devises is a violation to citizen’s rights.

What does it mean for activists around the world?

By utilizing spying softwares, governments are able to listen in on calls, read messages, record keystrokes and track internet history. The phone’s microphone can also be turned on remotely, allowing the spyware to listen in on conversations without the owner of the phone realizing he or she is being listened to.

Although lawsuits can be filed against such companies and actions in democratic and free countries, it is impossible in  countries in the Middle East, South America, and Africa. NSO has sold similar software to United Arab Emirates, Qatar, Saudi Arabia and others.

After lawsuits were filed, NSO Group issued a statement saying the lawsuit is “completely unfounded” and that it “shows no evidence that the company’s technology was used.” They further stated “our products are licensed for the sole use of providing governments and law enforcement agencies the ability to lawfully fight terrorism and crime in the modern age”.

Lesson to learn for international committees!?

What NSO fails to understand

NSO might be truthful that they designed their software to “fight terrorism.”  However they fail to understand that governments in the Middle East label human rights activists as “terrorist”

Sadly there is no agreed upon international definition for “terrorist”  Even the U.N does not have a definition for it. Shia Rights Watch issued a statement to U.N years ago encouraging this entity to define this term.  Yet no action was taken. As the result each government and king has its own definition based on their interest.

In the case of Khashoggi , Saudi Arabia actually used the software to “fight terrorism” because according to this kingdom, anyone opposing the King is a terrorist, and Khashoggi was an anti Saudi activist. However in an international scope, he was just another pro-democracy activist with no criminal or terrorist agenda!

Giving access to countries with long history of human rights violation endangers many people, especially those who risk their lives to bring peace and democracy to their homelands: activists.

This case must bring the law makers and technology firms together to communicate the future of their relationship at an international level. Technology must not invade any citizen’s from their rights and law must always protect the citizen and for that to happen they both need to define law and order now!

We, the American, need to take action

Khashoggi was a  green card holder. One must assume that Khashoggi  was given a green card and was able to obtain journalist position at a U.S news outlet because he passed all background checks.  As America is responsible for its citizen, this country is also responsible to advocate and protect its green card holders.

Furthermore, as one of the most influential leaders of the world, America is obligated to defend democracy, justice, and freedom around the world. Khashoggi’s case must be seen as a test to examine our leadership skills, moral obligations and human responsibilities.

So why should we all follow the case of Khashoggi carefully?

Because we need to uphold our American values. 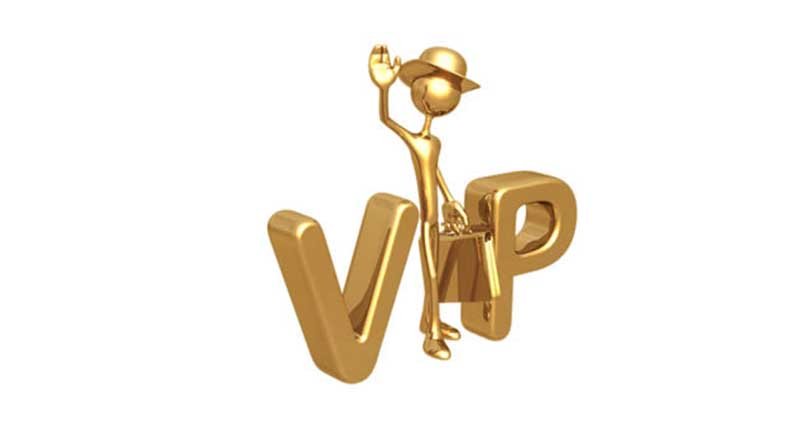 Why are you more powerful than all the historical leaders combined?

As a personal coach, therapist, and a leadership trainer, I spend a great deal of my time studying...
Continue reading