Zakery: Houthis are not representative of all Shia in Yemen 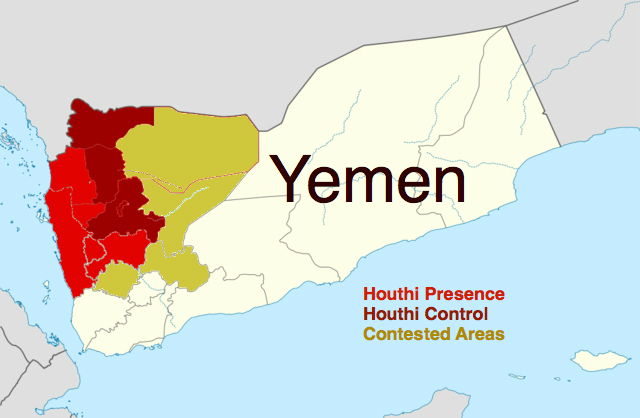 WASHINGTON, June 6, 2014 — Yemenis, like people of other Islamic countries, have struggled for social justice and freedom. During this process, some groups have gained power while others have been excluded for political reasons.

Usually minorities are the most vulnerable to political exclusion, and once again, Yemeni Shia are paying the price of underrepresentation.

READ ALSO: What‘s behind curtains of “Anti-Shia Alliance” in Indonesia?

In the recent conflict between the Houthis and the Yemeni Army, as many as 500 people were killed during a three-week flare-up in Sana’a. Houthis are Zaidi Muslims, a small sect of Shia Islam.

Media outlets have repeatedly identified this militant group as “Shiite insurgents” while Ansar Allah, the military wing of the Houthi Movement, has repeatedly stressed that whatever political agenda they carry out, they do so on their own behalf and not under the banner of Shia Islam.

Their claimed goal is to seek justice for all Yemenis and not a specific religious group within Yemen.

Many, including politicians and media agencies, make the mistake of associating all Yemeni Shia Muslims with this militant group. However, of the 45 percent of Yemeni population who are Shia Muslims, most have no interest in the military movement.

They are loyal native Yemenis who practice the Shia faith. Associating all Yemeni Shia with Houthis is a misconception that endangers the Shia minority within this country. Historically Shia Muslims have been underrepresented. The incorrect association of all Shia Muslims with political groups such as Hezbollah and Houthis who hardly have a good reputation amongst Shia populations only further exacerbates Shia marginalization.

Such association victimizes many native Shia communities who do not receive support from the international committee due to their assumed association with armed groups. The most disappointing example of this media association is the reporting of terrorist attacks against Shia Muslims in Lebanon. “Militant attacks” on “Hezbollah strongholds” is now how Western media outlets report terrorist attacks on civilian Shia businesses and residences in Lebanon.

This serves to legitimize terrorism and dehumanize the victims.

Considering the continued rise of anti-Shia movements in the Middle East, it is critical that politicians and media outlets differentiate between militant groups and the majority of the Shia population in order to present the Shia minority in a more realistic, less dehumanizing way.

Shia of Bahrain, Iraq, Saudi Arabia, and even south Asian countries such as Malaysia and Indonesia are accused of having ties to Iran and therefore this minority has not been supported or even advocated for by Western, pro-democracy nations. There is a serious risk that this becomes a self-fulfilling prophecy. Unfortunately for Western countries, Iran is more than happy to claim all Shia Muslims in order to improve its political image with Shia population centers abroad.

Most Shia Muslims do not support Iranian political ideology. If human rights proponents and Western governments continue to ignore the rights of Shia Muslims while Iran continues to bolster its efforts to appeal to the Shia community abroad, it will only push this minority under the umbrella of Iran and play perfectly into Iran’s hands.

The international community must acknowledge the vulnerable position of Shia minority communities across the Middle East and beyond and protect them from political abuses.

ZAKERY: UN permanent members are among the most important arms dealers